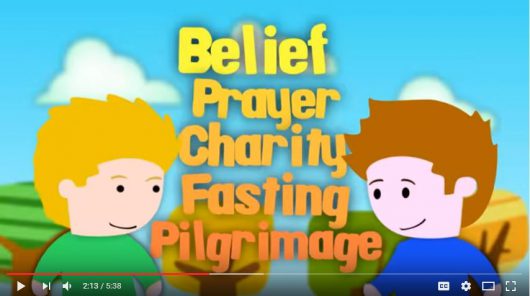 Two mothers who criticized their local school district for supposedly "indoctrinating" lessons on Islam have hired lawyers from a conservative law firm that aims to "preserve America’s Judeo-Christian heritage" in an apparent effort to pursue legal action against either their critics or the school system itself.

Libby Hilsenrath and Nancy Gayer of Chatham, New Jersey, rose to local prominence after condemning lessons in Islam in seventh-grade social studies classes. They specifically objected to the use of an animated video that teaches children about the Five Pillars of Islam.

In February, the parents appeared on Fox News, claiming that the school solely taught Islamic religious practices in a World Culture and Geography curriculum, ignoring education in other world religions. The school district denies this and has released a statement explaining that it educates students about all major religions. Following their appearance on Fox News, the parents claim that they have been “pilloried by their community” and were labeled xenophobic, hateful, and bigoted. The Fox News segment nevertheless inspired significant backlash against the school district, leading it to spend nearly $7,000 on additional security measures.

In a press release, the Thomas More Law Center, an organization that claims to “defend… the religious freedom of Christians,” announced that they are now representing the parents. The Law Center denounced the school district’s lessons about Islam as “subtle propaganda” and presented children with “a sugarcoated, false depiction of Islam” that did mentioned neither “kidnappings, beheadings, slave-trading, massacres, and persecution of non-Muslims, nor of the repression of women—all done in the name of Islam and the Koran."

The phenomenon of schools accused of pushing "Islamic indoctrination" is an ongoing trend in the US. Visit NCAC's timeline of controversies to see how it has spread. Most recently, for example, a parent in Tennessee waged a crusade against a textbook she claimed failed to teach the whole "truth" of Islam.

As our resource, Islam in the Classroom: Teaching About Religion Is Not Religious Indoctrination, notes, these campaigns misrepresent education about Islam, painting the teaching of information about the religion as a pernicious effort to brainwash American students, a misrepresentation often fueled by undisguised Islamophobia.

Our resource underlines that Americans need better religious literacy, not less, and that these efforts only serve to threaten the integrity of the public education system. Check back for updates.