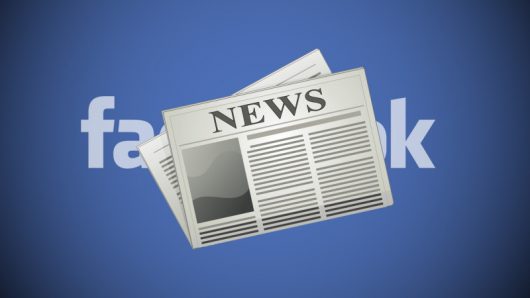 A report surfaced this week on Facebook’s lack of transparency regarding how they manage their trending news list. According to Gizmodo, the trending news you see in the top right of your screen is not the list purportedly generated by an algorithm, but one selectively assembled by a team of outsourced curators, many of whom apparently like to suppress conservative-leaning news items and sources from appearing in trending topics.

This from a former anonymous “curator”:

Depending on who was on shift, things would be blacklisted or trending … I’d come on shift and I’d discover that CPAC or Mitt Romney or Glenn Beck or popular conservative topics wouldn’t be trending because either the curator didn’t recognize the news topic or it was like they had a bias against Ted Cruz.

The company has denied the allegations, issuing a statement saying it “does not permit the suppression of political perspectives.” The statement of non-interference fails to entirely convince those familiar with Facebook’s vigorous managing of newsfeeds, where it freely censors, foregrounds, or hides content.

What’s troubling about the new revelations is not so much that Facebook may be functioning as a more traditional news source that selects content – as a private company it has the right to do so – but the continued pretense that the site is a user-generated reflection of what’s happening around the globe – an unfettered mirror of the current cultural vortex. And this is confusion of great consequence for a site that has quickly morphed from a social “networking” platform into a social “media” outlet, one that an estimated 60% of millennial Americans use as a primary source for political news, according to a Pew study. The revelations this week suggest that more transparency is urgently needed on how Facebook’s algorithms and human content managers operate.

What’s more than troubling, however, is an attempt by Congress to investigate, and presumably regulate, the private company. Senator John Thune (R-SD), chairman of the Senate Committee on Commerce, Science, and Transportation, wasted no time sending off a letter to Mark Zuckerberg: “Any attempt by a neutral and inclusive social media platform to censor or manipulate political discussion is an abuse of trust and inconsistent with the values of an open Internet.” Thune’s letter demands answers to a series of questions, including “what steps will Facebook take to hold the responsible individuals accountable?”

Facebook should respond to this with its own list of questions: Does Congress want to be in the business of defining what is neutral and what is ideologically biased? Does Congress really want to get into the business of regulating the content offered by private Internet platforms? And, if so, what would be the consequences be for an open Internet, which represents principles of a free marketplace and diversity of opinion?

These are principles that Republicans hold in high regard. And not too long ago, so did Senator Thune. In 2009, he issued a statement deriding suggestions from Democrat members of Congress to reinstate the Fairness Doctrine for talk radio:

There are some members of Congress who have called for the reinstatement of the so-called Fairness Doctrine for talk radio and even some who want it applied to the Internet. I believe that the marketplace of ideas only operates for the benefit of citizens if it is just that: a true marketplace. People have the opportunity to seek out what radio programs they want to listen to, just as they have the freedom to read particular newspapers and magazines, watch particular news television programs, and increasingly, seek out news and opinion on the Internet.

I believe it is dangerous for Congress and federal regulators to wade into the public airwaves to determine what opinions should be expressed and what kind of speech is "fair." This undercuts every American's freedom of speech, and I urge my colleagues to reject any renewed institution of the Fairness Doctrine, which is nothing more than government-controlled censorship. [emphasis added]

We can all agree that nobody wants government-imposed censorship, Senator Thune.

NCAC has called on private social media companies to develop and adhere to clear policies, terms, and conditions that foster free and open discourse. Yet no one should have the power, particularly the federal government, to dictate to Facebook, Twitter, et al. how they develop their algorithms or choose to ignore them.