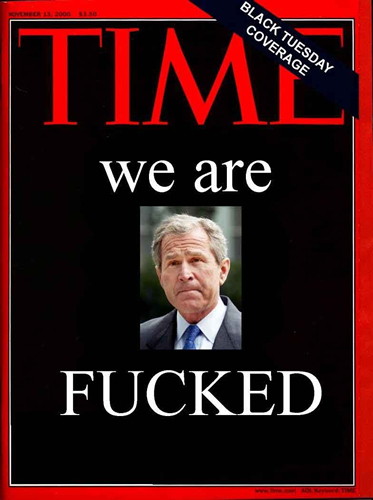 Some responses to the 2004 election results: images circulated on the internet 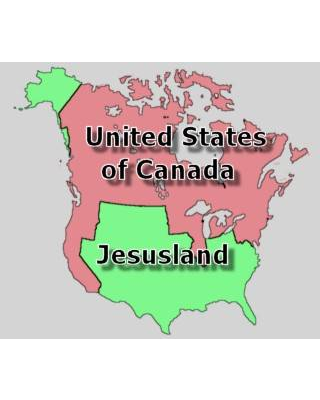 Join Phil T. Rich, Philip Mepockitz, Iva Gottalot, N.V. Mee, Sue Ann Winn, Ima Richman, Ione Yughnow, and many, many more in becoming a member of Billionaires for Bush. Start your own chapter and chant their slogans: "Let workers pay the tax, so investors can relax!" "Who needs day care, hire an au pair!" Billionaires for Bush, support him and his government, of, by, and for big corporation. Check out their website at http://www.billionairesforbush.com/. If you think that you may not finanacially qualify to be a Billionaire for Bush, don't fret, remember that while the poor are getting poorer all the time, so too, the rich get richer. So, just hold on and you may qualify in any day.

illegalart.org: is a web site dedicated to challenging the ever-broadening intellectual property rights of America, which serve to increase the wealth of corporations at the expense of free expression of the individual. The Founders of the Constitution created copyright law to protect and promote expression yet, today those very laws are used to stymie it. Illegal-art.org showcases wor="28hat have been censored by the judicial system for "unlawful use" of corporate images. illegalart.org begs the questions- shouldn't the individual gain some control over images and logos that pervade society by well orchestrated corporate ad campaigns. Shouldn't the public have a right to use private images which are burned into our collective unconscious? It's a good thing Da Vinci wasn't alive when Marcell DuChamp painted a mustache on the Mona Lisa, or we may never have heard of the "ready made." It's also a good thing Campbells didn't sue Warhol, or pop culture may not have made it to the gallery walls. Whatever your stance, check out some cutting edge art, which really questions the established law's stance on art, commercialism, corporate America, their oft convergence and collision.

The Guerrilla News Network was created as a response the thick filter of popular journalism. These writers interview and research important stories that are not being asked by mainstream media. They ask questions about 9/11 that many have either been reluctant or afraid to address, such as; (1) was our government aware of the potential for 9/11, (2) what was the proper military procedure during a hijacking and was it followed (3) what are the connections that the government has with many of the Islamic Fundamentalists who participated in 9/11. These reports are created with network style graphics and voice-overs and these reporters site their sources.

Haik Hoisington is a graphic artist and creator of http://www.blackmustache.com/home.html. This website hosts some animation, artwork and multimedia all of which is demonstrative of Hosington's considerable talents as an artist and political commentator. Haik uses clever animation and damning juxtapositions of contradictory statements of the Bush administration to critique the government our march to war, and recent narrowing of civil liberties here at home. Haik is a part of a growing movement of freelance artists who devote their expertise to engage in art of dissent.

The Cost of War is a website that calculates the ongoing cost of the Iraq war and compares these figures with alternative social services like health care, public housing, and education, that could be purchased with the price tag. Check out the site at http://www.costofwar.com/. 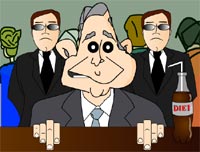 Eric Blumrich creator of Bushflash.com is a patriot of dissent. The website reads "Loyalty to the country always, loyalty to the government when they deserve it." Needless to say Eric believes the current adminstration does not deserve it. With rapier wit clear technical skill he cuts sound bites together and weaves in imagery that creates superspin that would make Karl Rove covetous. Blumrich assails the Republican party with a passion and he has no tolerance for doublespeak. Of particular note is the piece where Limbaugh boasts of being a boil on the ass of humanity. Check out all the animation at http://bushflash.com/.

Think Again is a website by "Agit-Artists," people who expect something political from art. This site features well crafted images designed to be downloaded for free, copied and dispersed at protests and posted across towns and cities. "National Offense," America's culture of homophobia, the death penalty are just a few of the topics this band of artists tackle. Their art may be viewed at http://www.agitart.org/ or a post-no-bills site near you.

The Great Game: A game board with a 3D terrain map of the Afghanistan region, depicting munitions, aircraft, targets, and troop movements for each day of the conflict. The artist culls the daily data from Department of Defense press briefings.

Afghan Explorer: A proposal for a semi-autonomous mobile robot that can practice elements of journalistic reportage in hostile environments that are off-limits to actual reporters.

Don't let their friendly smiles and their mapple leafs fool you. Some Cannadians are angry. Angered because of United States military domination, angered from their own countries participation in the "coalition of the willing," and angered by the race-bating going on inside their own political debates. If you are Canadian, or are interested in what makes them tick, check out armedrabble.org. It's an eye openning experience to learn of the nonconforming contentious clan to our north. 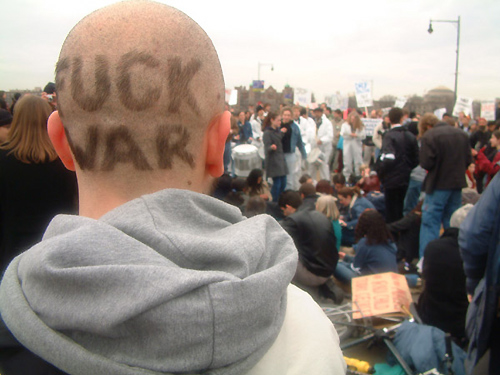 Jonathan McIntosh, creator of Capedmaskedandarmed.com, is a self-confessed reformed, ignorant, kid from a conservative upper middle class Christian upbringing. Once blinded to the consequences of America's policies at home and abroad he walked in blissful ignorance lacking a "worldview" and secure in his own safety. That was until September 11, when he had a front row seat to one of the greatest tragedies in American history. Now he is a an activist, a jammer, a vegetarian and a card carrying member of the green party. After tuning out TV and delving into Chomsky, Lasn, Said and Zinn he constructed this web site dedicated to resisting war, injustice, inequality and empire through art. He believes he is part of the growing rebellion. Jonathan's site is an extensive archive of protest video and film. He also chronicles "culture jamming" as taught by the publication Adbusters. This site does much to record and participate in the dissent of the modern American governance and consumerism.

Mindfield: A proposal conceived by Andrew Sempere and Dima Strakovsky as a response to the war being conducted by the US against Afghanistan. The piece consists of a "minefield" space, in which various voices are "buried" under the ground. Visitors will be able to listen to the voices only with the aid of "mine detectors."

[Mediamixer] 9.11.01/Human Bombs/Air Attack on America: an online multimedia work that speaks out against war through sound, text, video and image. Also [[MEDIAMIXER]]_PINK FLOYD REMIXED_ "BYE-BYE BLUE SKY" by [disneyNASAborg]: Twenty years after the original release of Pink Floyd's "The Wall", a unique fusion of audio and video, the track "Goodbye blue sky" has never seemed so relevant to Americans, and New Yorkers in particular. Many of the animated cells shockingly resemble the landscape at 'ground zero'. The audio/visual aspects of "Goodbye blue sky" are deconstructed, re-mixed and re-juxtaposed to form the hybrid "Bye-bye blue sky". Relevant clips include the 2002 State of the Union Address, live news coverage of 9.11, footage filmed from the roof of the artist's Brooklyn studio, and Hollywood appropriated big budget action.