The Art of War on WNYC-New York's Public Radio station, has curated a Web gallery of 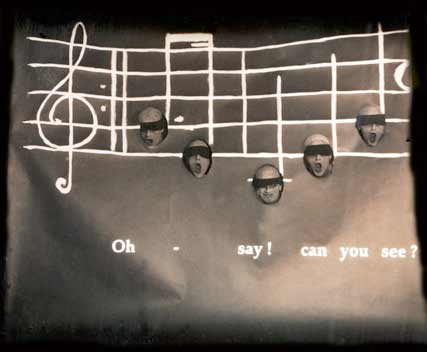 listener-submitted original artwork in response to the Iraq War. It highlights a remarkable mix of editorial cartoons, drawings, collages, photos, flash animations, and other media. 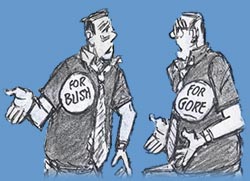 Political Cartoons of Herb Block: From the stock market crash in 1929 through the new millennium beginning in the year 2000, editorial cartoonist Herb Block has chronicled the nation's political history, caricaturing twelve American presidents from Herbert Hoover to Bill Clinton. .. from the Library of Congress. For more information visit-

ArtPolitic : Knowledge = Power OVERVIEW – ArtPolitic is a group of artists who have come together in order to bring to light social and political issues that we have deemed important. Collectively, ArtPolitic and it's members seek to promote thought, interest, and passion for a variety of diverse social issues. We seek to inform others and incite change through our art. – (EDITOR'S NOTE .. This is a powerful and important resource, however it should be noted that by it's nature, some items may not be suitable for the very young .. please use your discretion.) 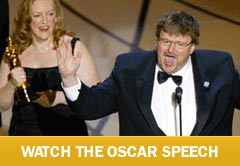 Sure Michael Moore, the chubby lefty, might be a grandstanding blowhard who admonishes you for your own good to watch his 2003 Oscars speech denouncing the president, but if you look past all that, he really does have some inciteful things to say. Michael Moore, beyond being mere advertizing for his many critical and acclaimed works e.g. "Dude Where's My Country," "Roger and Me," and "Bowling for Columbine' to name a few, provides open letters on political issues for people to sign and send to the president, as well as links to thought provoking articles. Is Michael Moore controvercial– yes; huggable– certainly; capable of selling out to "the man"– never!

Subvertize.org: is an international compliation of amatuer and professional artwork of dissent. With topics ranging from the environment, animal rights to nuclear war this web site gathers parody artwork from all over the world in an easy viewing format. 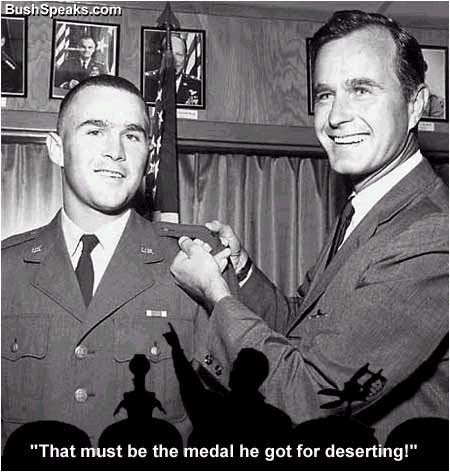 BushSpeaks.com quotes the president's words and juxtaposes them next to America's actions. With some compelling contradictions- one caption quotes Bush recounting the great strides America has made respecting diversity, while the picture presents an army technitian loading an airforce bomber with a quote on the bomb reading "Highjack this Fags!" -the website delineates the irony and Orwellian double-speak that has infused recent American politics.

theARTproject: Artists Respond to Terrorism. On this site you will find images that respond to the events and aftermath of 9/11/01. theARTproject's intention is to function as a dialogue for those who wish to communicate through images.

911-Ground Zero presents visual art work that deals with the terrorist attacks that took place on 09/11/01, the war in Afghanistan, anthrax, national security, bombs, and all other current events of the past few months. Images by all visual artists are welcomed and will be featured online. 911-Ground Zero does not "curate" or "jury" the work that is submitted.

After the Fall: Artists for Peace, Justice & Civil Liberties Gallery & Anthology: When Colorado's
"The Arts Paper" (TAP) put out a call for works by artists for peace, the response was so tremendous that they could not publish all of the work in their December 2001/January 2002 commemorative print issue. So TAP is continuing to publish submissions by artists in all media on their new website.